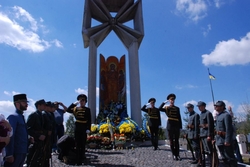 On May 3, thousands of people climbed Mount Makivka, which is located in Skole region (Lviv Oblast), in order to honor the victory of the Ukrainian Sichovi Stril’tsi (USS) over Russian troops.
The battles for Mount Makivka took place during World War I on the eastern front in Carpathians between the Austro-Hungarian and Russian units. Sichovi Stril’tsi occupied Makivka on March 22; the battles for it had continued for 60 days.The Mountain Makivka became the key point of defense of the Austrian South army, because it had blocked the best pathways of the Russian army towards the German troops and had not let the Russian Army make their way to Slavs’k and Tuhli through the river valleys.The fiercest battle for Mount Makivka lasted from April 29 to May 2, 2015. The Austrian units retreated under the pressure of Russian troops that occupied half of the Mountain.For four days the USS had been withstanding the pressure of Russian troops and managed to keep the position.
The fierce defense of Makivka allowed the 55th Austro-Hungarian infantry division to fully achieve the strategic objective, in particular: a) prevented Russian troops from breaching the Carpathian passes; a) enabled getting to the operating area to Hungarian plain.

80th anniversary since the birth of Vasyl Symonenko

1000 years since the death of Prince Volodymyr of Kyiv-Rus 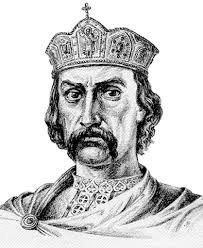 Volodymyr expanded the borders of Kyivan Rus’ and turned it into one of the most powerful states in Eastern Europe.Volodymyr, his family, and his associates were baptized in December 987. The mass baptism of the citizens of Kyiv took place on 1 August 988 in 988. Kyivan Rus’ [Київська Русь; Kyivska Rus]. The first state to arise among the Eastern Slavs. It took its name from the city of Kyiv, the seat of the grand prince from about 880 until the beginning of the 13th century. At its zenith, it covered a territory stretching from the Carpathian Mountains to the Volga River, and from the Black Sea to the Baltic Sea. According to the most prominent theory, the name Rus', like the Finnish name for Sweden (Ruotsi), is derived from an Old Norse term for "the men who row" (rods-) as rowing was the main method of navigating the rivers of Eastern Europe.Moscow didn't exist until it was populated 300 years later by Ghenkis Khans army...Russia didn't exist as a state until 700 years later...and yet Russia continues to steal history from its neighbours...as this article explains..