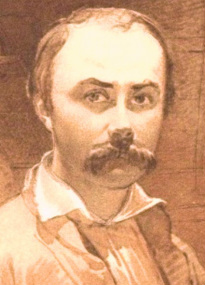 Taras Shevchenko (1814-1861) has a unique place in Ukrainian cultural history.Shevchenko's poetry contributed greatly to the growth of Ukrainian national consciousness, and his influence on various facets of Ukrainian intellectual, literary, and national life is still felt to this day. Influenced by Romanticism, Shevchenko managed to find his own manner of poetic expression that encompassed themes and ideas germane to Ukraine and his personal vision of its past and future.He was a vocal proponent of the Ukrainian national idea which made the Russians place him in exile and even during Soviet times, the official position was to downplay strong Ukrainian nationalism expressed in his poetry. 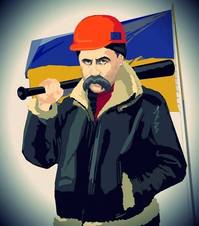 The best translation of his poetry was written by Vera Rich.

Vera Rich (1936-2009), a well-known British translator of Ukrainian literature into English, was buried, according to her desire near Taras Shevchenko’s grave in Kaniv, Ukraine, on April 15, 2011. her work, Song out of darkness is available on Amazon


This picture of Shevchenko is how he might have looked today defending Ukraine from modern day oligarchs, kleptocrats, Stalinists and separatists. The poem below is how he expressed himself then and is still relevant today